Here’s a fun way to learn when each province or territory became part of this country. 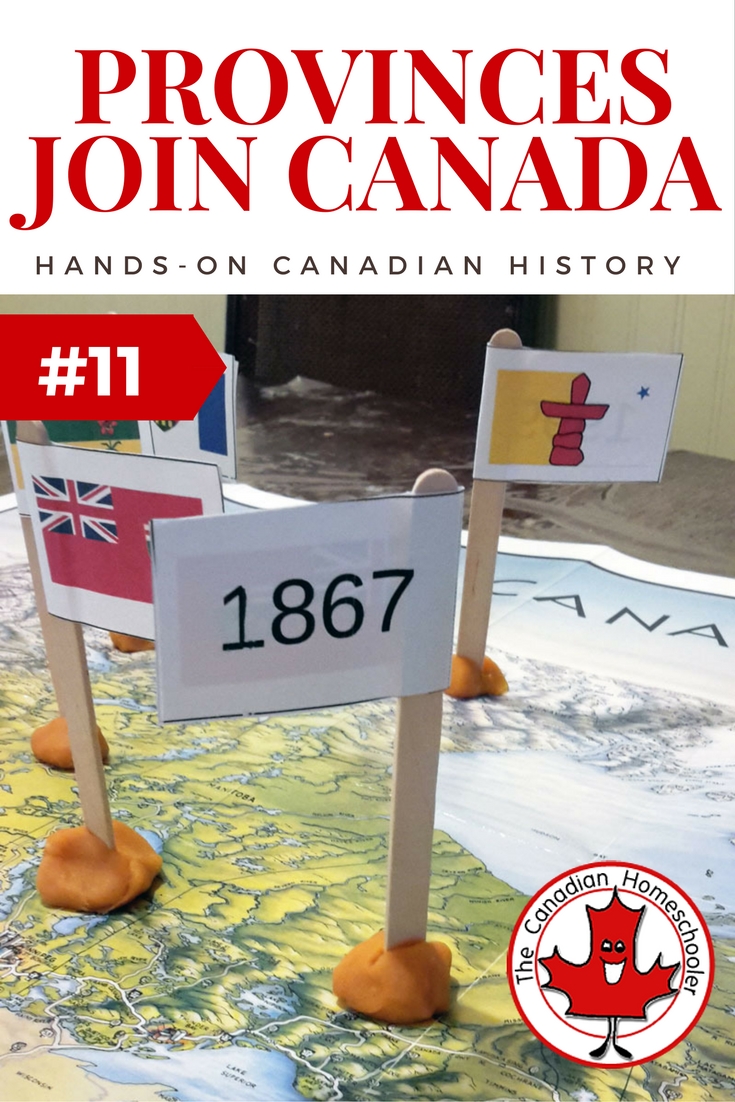 The Provinces and Territories of Canada Flag Matching Game

Each of the flags has the provincial flag on one side and the date it officially became part of Canada on the back. You can use this game just as a way to match the flag with the province it represents as well as a way to see the year it joined.